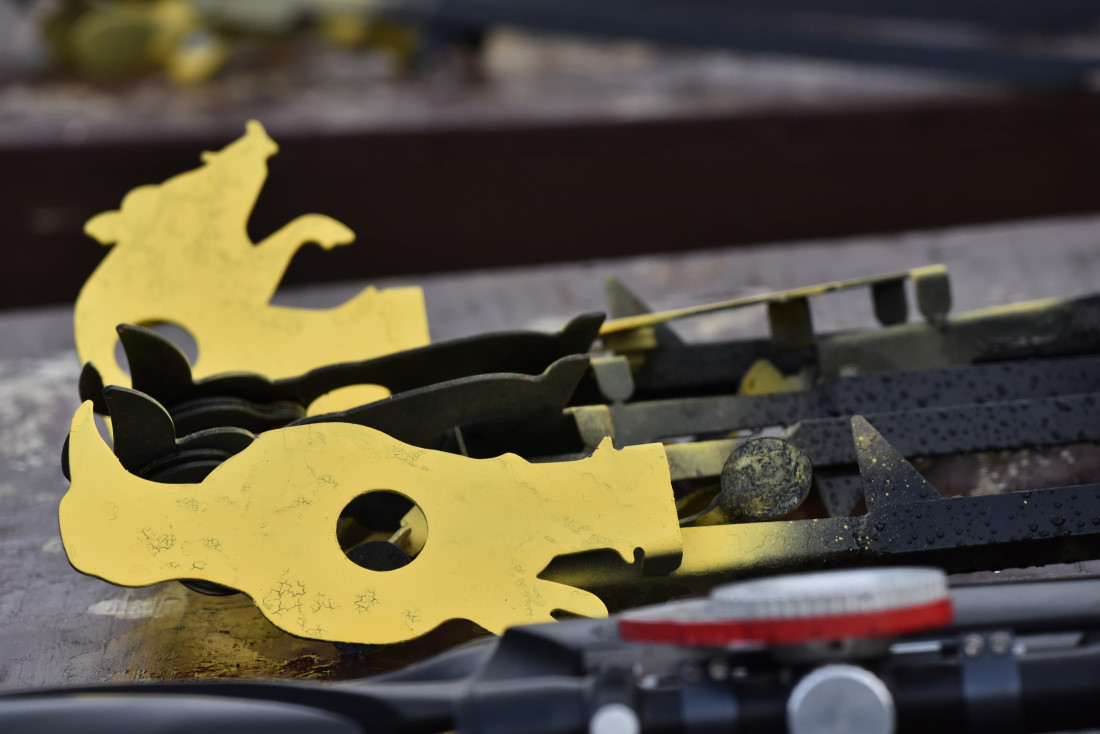 What is Field Target?

Field target shooting first became popular in the early eighties. It is a discipline of shooting targets outdoors in woodland or open fields with a sub 12ft-lb air rifle, as opposed to the popular indoor 10 and 25 metre disciplines, and hence the reason it became known as ‘field target’..

It’s typically shot in the ‘sitting’ or ‘freestyle’ position which distinguishes it from it’s sister discipline of Hunter Field Target. Additional standing and kneeling positions are used on some lanes.

The targets are of a metal ‘knock-over’ variety, originally shaped in the silhouette of animals and now also available in basic geometric shapes (e.g. circle, diamond etc). Within the silhouette is a disc, referred to as the “hit zone”. A strike on the hit zone results in the target falling over and a ‘hit’ is scored. If the target does not fall the target is scored as a miss. A course normally consists of 40 or 50 targets, placed within lanes, normally consisting of two targets to a lane.

Three standard diameters of hit zones are used on the targets, 15mm, 25mm, and the other being 40-45mm which is consider ‘full size’. The targets are placed between distances of 10 yards to 55 yards, and can be place anywhere, on the ground or elevated above it, even high up in trees.

The range of the target is not known to the shooter, and they must estimate this by eye or using the telescopic sights parallax feature. The shooter will then calculate the required amount of scope adjustment or hold over / under, windage, and take the shot. You only get one shot per target.

There are many clubs located all over the UK and these clubs organise regional competitions and leagues. With each club hosting a round of a league or a single competition there is the opportunity to travel to new clubs and grounds to compete. Over the summer a number of national events take place, called the Grands Prix. The top shooters from these go on to a final elimination shoot. England as a country is represented at on the international level by the England Field Target Association which has a rich history of success.

This demonstrates the potential from the sport, but for many of us it’s just a very enjoyable way to spend time outdoors shooting an air rifle.

More information on Field Target shooting can be found here on the wiki/Field_Target page and on the BFTA and EFTA’s pages.